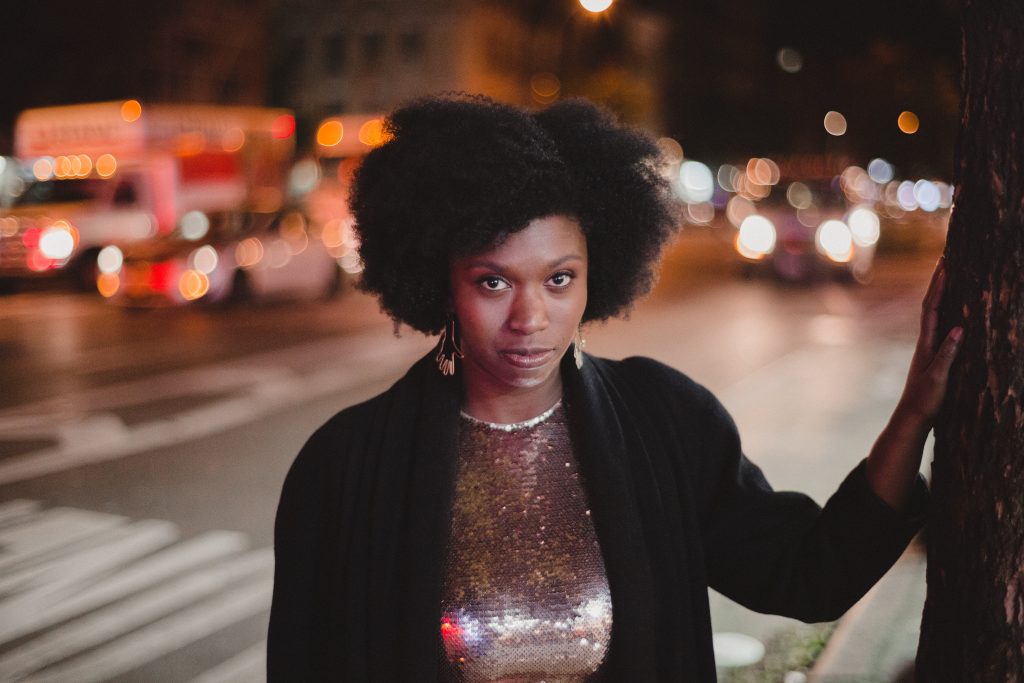 I was working somewhere else and wasn’t getting enough hours, and Rachel was talking about the 14th Street Y. I remember coming in and being hired on the spot and thinking “What’s going on?”

It’s a lot of good folks. To repeat a word that was already used, but community comes to mind. It is people that I wouldn’t have met otherwise, and not just the comedy people. But honestly, I meant it a lot–I never had a workplace where I’ve truly enjoyed the people I work with.

I moved to New York for NYU and I wanted to move here since 4th grade. I first came on a trip with my mom and I saw Thoroughly Modern Millie, and I saw Sutton Foster and made my mom buy the city.

I applied to NYU and New York City is where I always wanted to live since I was ten. People ask me if I would move to LA, and I’m like ‘no this is where I’ve wanted to live and I don’t want to go anywhere else.’ It’s really hard on my body, mind, spirit, and wallet, but I’ve gained friendships, connections, and learned things about myself here that I wouldn’t anywhere else. If I had stayed in Texas I would have been a completely different person. I would have been married with a child, and continuously saying to myself ‘I’m going to go, I’ll move soon.’ But wouldn’t. When you grow up that way, I don’t knock it, but I would probably just be living in Texas if I didn’t go to NYU. I don’t think I would have given up my dream, but I think I would have pushed them to the side. When I think of it now, if my life had changed in college, I would have reprioritized my life. Now I feel like all we have is our dreams. It’s more worthwhile to have your dreams then put your life and hopes into someone else. Like who are they? Are they so much better than you, do they have higher aspirations. No. I think I deserve to bring myself joy.

I feel like I’ve found my biggest community in the world of comedy. That’s my biggest source of people. But you know–community is everywhere. Whenever you find something you’re passionate about, you care about, it just brings people who otherwise wouldn’t be together, together. I feel like community isn’t a word I use in my day-to-day life, but it’s a word that is part of so much what I do.

A couple Shabbats ago, a few of the After School kids weren’t paying attention and goofing off, so I asked them ‘what are you doing?’ And the little boy was like, “I just don’t get it–I dont get why we’re doing this. I’m not religious and my family doesn’t believe in God.” It actually opened up a really nice conversation with that kid about being tolerant about other people’s beliefs and why they believe certain things. Also, just about Jewish culture in general and how our Shabbat isn’t rooted in a lot of religious undertones, but definitely is a value of bringing people together, having fun, and learning about people that might be different than you. Although he was resistant, it was awesome to watch him take that in, rather than just be like ‘I don’t want to be here.’ I think taking it away from just God and looking at it as a people that were born this way and they’re Jewish even if they don’t believe in God, they have a Jewish culture. You hear them start to understand and accept something that is a bit more complex. It’s great that we have the space for kids to start to experience that and not just be shut down. He’s nine, and I didn’t even meet anyone Jewish until I got to college. I didn’t even have a concept of Judaism in a practical sense, so being able to have that conversation at such a young age was so important and great that the Y can do that.

The Healing Power of the Creative Arts

Through COVID to a Festival, the Story of "It Gets Bitter"

June 2022 (2)
Special Memories with DadCreating Space for LGBTQ+ Youth
May 2022 (3)
The Healing Power of the Creative ArtsThrough COVID to a Festival, the Story of "It Gets Bitter"Mental Health Awareness Month