Two weeks ago, I had the opportunity to see a preview of the two upcoming WonderSpark Puppets children’s shows happening in the Theater at the 14th Street Y.

The preview, which was created specifically for our Preschool children, featured two short excerpts from The Not-So-Spooky Ghost and Fox Fables, and I couldn’t wait to take Henry, my now 6 year old nephew, to see the full show that debuted over the weekend.

Even though the L train was down over the weekend, and for what feels like every weekend through next April, it was still absolutely worth it to see the utter delight on his face during the show. It really wasn’t that bad of a commute in, click here if you want to know the easiest way to get to the 14th Street Y during L train suspensions.

The entire show was interactive, with numerous puppets asking inquisitive young theater goers questions and urging them to participate in some way. Even the adults had plenty to laugh at, with one of the characters shouting out terrifying things including student loans. Yup, very scary.

After the show, Chad Williams, the Puppeteer Extraordinaire, offered the children a chance to see a little of the magic that happens behind the stage. He brought out a few of the characters for the children to meet and explained the difference between the various puppets featured in the show.

I asked Henry a little about his theater experience while Chad was kind enough to introduce Henry to his favorite character — Jill the Pumpkin.

Why did you select Jill the Pumpkin as your favorite character in the show?

Because she’s a pumpkin and that’s what I’m going to be for Halloween!

Did you enjoy the show? Tell me a little about what you saw today?

The ghost was trying to be scary, and then the crocodile ate him, and then the big mouse chased him and bit him. And there was a boy who couldn’t get scared. I liked Jill the best cause I’m going to be a pumpkin next week.

Did the Not-So-Spooky Ghost end up scaring someone at the end?

Yeah, the ghost did. He took off his head! He had to be scary because of his dad or he’d get in trouble. But his dad wasn’t scary, he was just a hand, which was funny!

And what happened to the boy who couldn’t get scared?

Well, the ghost took off his head, so he got scared. Duh!

Would you recommend this show to other boys and girls to see?

If you like to have fun, then you should see this show. There was a crocodile and he ate the ghost. But you can’t hurt a ghost, so it’s okay. You should see the show! I liked Jill, she’s the best puppet. 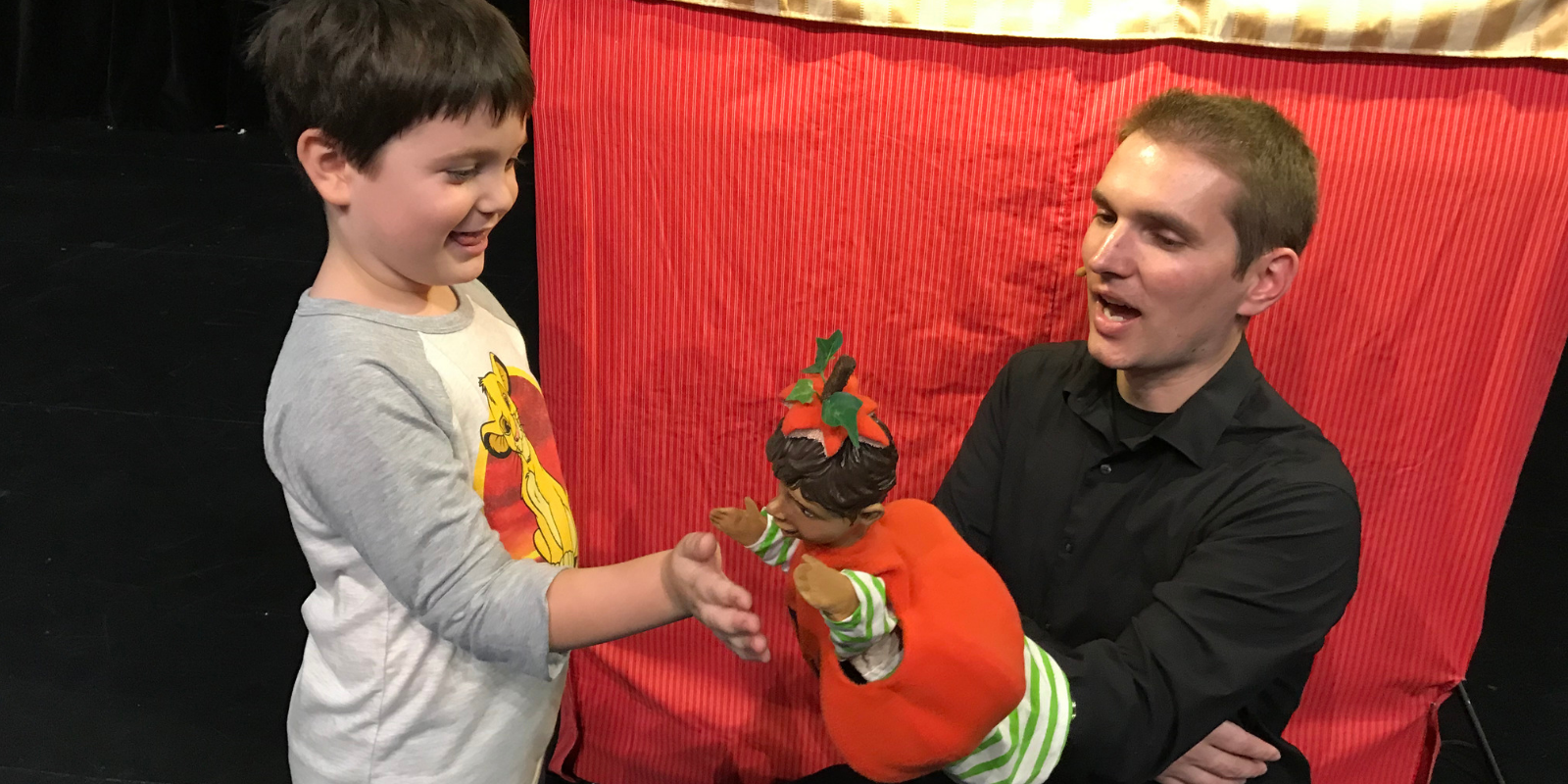 Written and directed by Chad Williams

A timid ghost, his skeleton father and a mysterious scarecrow have lots of laughs in this all-ages show. The little ghost can’t scare a soul to please his Big Bad Dad, but help is on the way as the audience and some friends scare up some fun fright. Hand puppet show in a traditional puppet booth.

Use ticket code HALLOWEEN for $2 off each ticket to The Not-So-Spooky Ghost!

Written and directed by Chad Williams

This puppet adaptation of an Aesop’s Fable is about a fox who loses his precious tail and with it his identity. He tries to be several other animals instead–with hilarious results–before realizing the moral lesson of this ancient story.