What I’m Not Packing

Home » Blog » What I’m Not Packing

Ophir Tal, Cultural Educator from Israel | Emissary of the Jewish Agency and the UJA Federation of New York at the 14th Street Y | MON, AUG 20, 2018

21:00 PM, Freezing Thursday evening, in my Jerusalemite home. My friends are about to arrive for my farewell party, and when they do one letter after the other flood me. “Keep it for the flight” they eagerly declare. On the rooftop, my friend Elkana and I imitate Leonardo DiCaprio and Kate Winslet’s unforgettable scene from Titanic. Such a bitter-sweet way of saying goodbye…

I have a confession: I hate packing! Five boxes that are supposed to contain my life now patiently wait in the workroom, and beyond a cooking pan or a soft pillow, I feel like something is missing: an added value. The desire to find it led me to visit the town of Sderot the other day. Dor, my best friend from Israel, studies sound engineering there. Originally from Jerusalem, he now studies to become a professional soundman in a college near Sderot—a place in which the sounds symbolize to many Israelis the Israeli-Palestinian conflict, from their own perspective.

It’s not politics I wish to talk with you about today. As I learned from facilitating Israeli and Palestinian youth, the situation is always more complicated than we think. An old Hebrew proverb says: “Things you’ll see from here, you won’t see from the other side.” I wish to examine all this complexity, our values and emotions involved in the issue under the magnifying glass of doubt and self-questioning.

The emotions erupted in Sderot in a positive form of an inspiring blues festival led by the natural virtuoso, Israeli singer Shay Tzabari*. His expertise—driving the crowd insane without dancing, and mixing The Doors inspired synthesizers with Middle Eastern melodies. And if that wasn’t enough, he came off the stage and sang with the crowd as equals. Tzabari’s ability to reach out, mix the old and the new and interact eye to eye is what I choose to pack with me, just like the special bond I have with my sister.

I want to join your family, of downtown Jewish life, and to build that bridge between our communities together. In order to do so I feel that what I really want in this very moment before the journey begins is inner peace or as it called in Hebrew “Sheket Nafshi”**. It literally means serenity of the soul.

Echoing that inner peace are the two songs I’m about to share with you. One is called “Sheket” (or Silence) by a 90’s Israeli rock band Balagan. Balgan means “chaos” or “mess” in Hebrew, and ironically their song says something completely different, “send me silence in a box, from a land far away.”

The second is a song called Tiyul (Journey/Trip) by Hapil Hakahol (The Blue Elephant). One quote from the song managed to put my soul on the record:

“We are all by our own, we are all together. On our way home, it’s good to stop by the sea, to roll the time and take a deep breath—Right Now.” 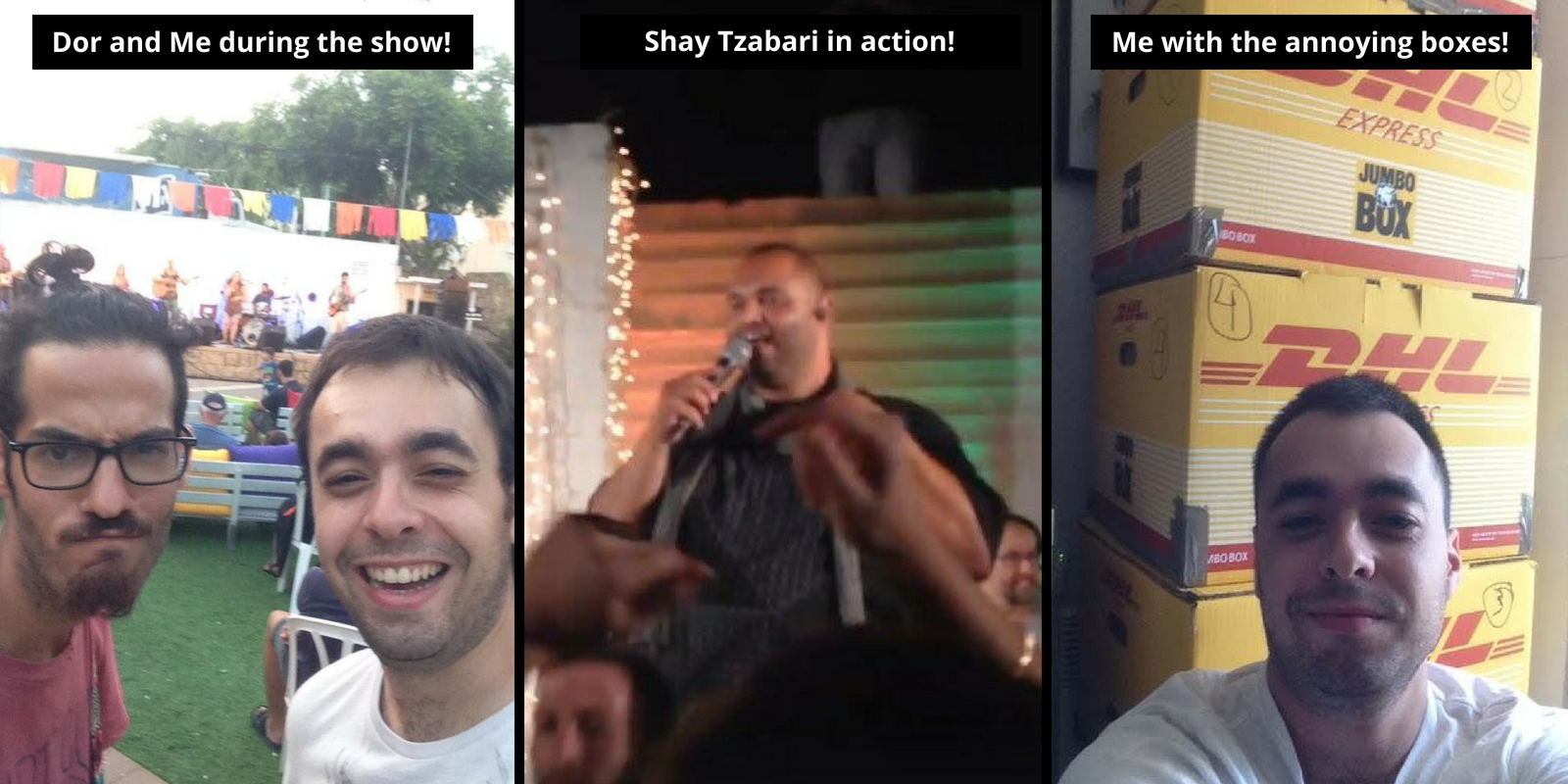 You can reach me through my new work email Shaliach@14streety.org and connect with me on Facebook! I would love to sit down and get coffee with you once I get to the US!

*Shay Tzabari is an Israeli singer, originally from Sderot. His musical style is a microcosms of Israel. He blends Middle Eastern groove with modern rock and 80’s sound with synthesizers. His music to me is a bridge between different culture–of the Middle East and the West–and it symbolizes to me my role as well.
His Facebook page: https://www.facebook.com/ShaiTsabariOfficial
His YouTube channel: https://www.youtube.com/user/ShaiTsabari

**Sheket Nafshi: a term in Hebrew that means inner peace, or quieting the mind. That peace of mind is exactly what helped me to focus when I was on my way to NYC on the plane and during my last days in Israel. It enabled me to clear all the noise and focus on what really matters.

The Importance of Holidays