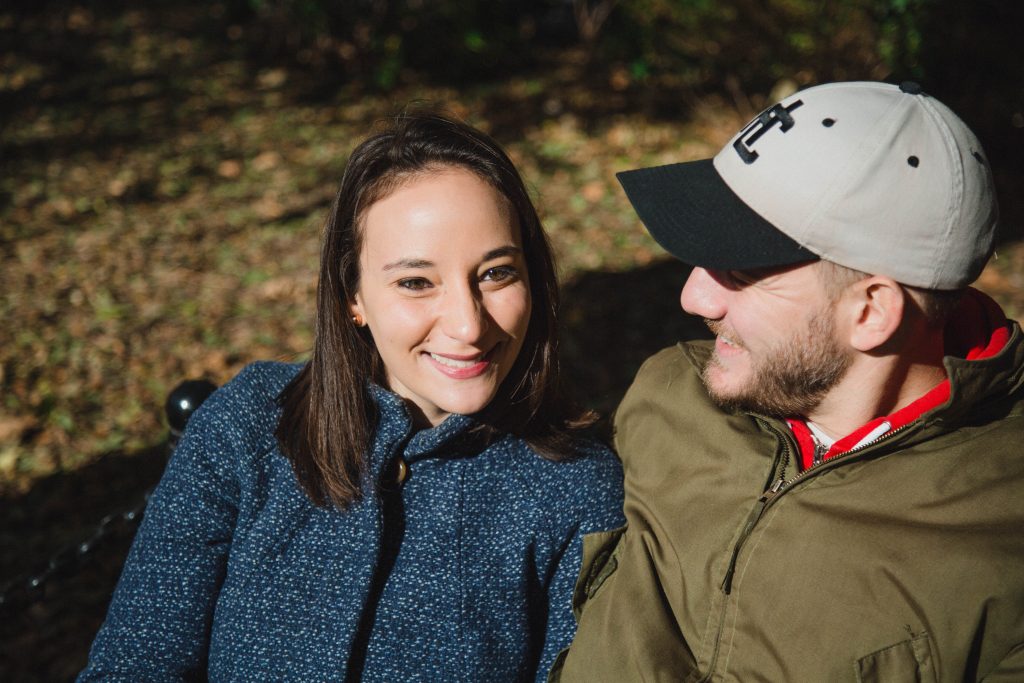 What role did the 14th Street Y play in your love story?

JON: It was where we fell for each other—mostly on the bus to and from camp. That winter we went to camp fairs and we got to be friends. We used to talk about our dates (with other people!)

JENNI: One Saturday we both had (separate) dates at the Brooklyn Museum.

JON: Then on the bus we really got to know each other and we would grab a drink sometimes after camp. It got more romantic.

JENNI: It was the Gowanus Canal bus.

JON: That’s why I proposed to Jenni on the Gowanus Canal Bridge. Ever the romantic.

JENNI: Walter was our bus driver. He’s still a bus driver for NCDC.

JON: The 14th Street Y played a big role in my life. It was my first employer in New York and it was where I met Jenni. I feel attached to it. It was the first time I got on the L train. It was where I got my start in New York. Look at me now!

JON: I am the Regional Director for BBYO Manhattan, another Jewish organization. I do leadership development continuing to work with youth in the Jewish world.

JENNI: I’m the Director of Day Camp and Strategic Programs for the Foundation for Jewish Camp, an organization I worked closely with over my 6 years at the Y. It was a place I saw myself going to after the Y, and I’m glad to still be in the field and working closely with my friends and family at the 14th Street Y.

How do you define community? What does community mean to you?

JENNI: Community to me in my life means a few different things. It’s centers and neighborhoods. It’s the Inwood community where we live, the Y of Washington Heights, our apartment building.  I think of the community I grew up in in TriBeCa and the community center there. And I think of the 14th Street Y, which was my work community for many years.

JON: I think of our responsibility to one another. I am my brother’s keeper. That’s why I like working with young people, being able to be a role model to them. It’s being a good citizen to our city, our country, the world. To feel a responsibility to other people’s wellbeing and happiness. That’s what being in a community is all about.

How do Jewish Sensibilities affect your work and life in a positive way?

JENNI: I meditate on different Jewish concepts. Lately I’ve been thinking of Makom, the idea of place mattering, which relates to what I said earlier about community and how for me it is based on place. I also think of Lashon Hara (gossip) because I find myself often in situations where I regret what I said. Those are two—and Simcha, which is joy, is another sensibility I summon often. At the beginning of every New Year, I think of 3 words to meditate on. This past year, one word was ‘righteousness,’ which has its own Jewish lens. I thought a lot about it and tried to embody it many times throughout 2017.

How has your relationship with the 14th Street Y been special?

JON: When I was in Buffalo, I was looking to move to NYC , so I applied and was accepted to work at New Country Day Camp. It was fun working at a camp all summer, especially because I quickly realized that all of my connections were with people who grew up in the city. I got to learn what it meant to grow up in New York. It was really special. I recommend to everyone who moves here to get a job at a community center, because it helps you better understand what it’s like to be from here.

Growing up, I really wanted to belong to a community center. I had an idea of what a community center was from tv and books, but there wasn’t one in my neighborhood.  There is now, but there wasn’t one at the time. I was especially interested in the idea of a JCC, and I won’t name which one, but I went to one as a teenager to learn more, and I did not have a welcoming experience. It wasn’t the 14th Street Y. Working at the 14th Street Y later in my life as an adult was my first experience being inside a JCC in the way that I had imagined they would be. I remember walking around the building in my first week and feeling ecstatic to be there and so lucky to have found work in that environment. And I felt that way until my very last day there.

The Importance of Holidays