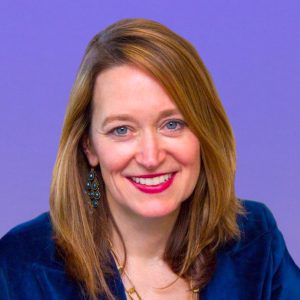 Molly Murphy is Educational Alliance’s Chief Program Officer. As such, she oversees the strategic development and management of all current and future programs across our entire network of community centers and community-based programs.

Molly has over twenty years of experience in the social services field in New York City.  Most recently, she held senior leadership roles at the NYC Department of Social Services (Human Resources Administration/Department of Homeless Services), the nation’s largest social services agency.  As DSS First Deputy Commissioner, Molly oversaw the agency’s operations and programs that serve over 3 million low-income New Yorkers annually, as well as major policy and systems reforms that included new programs and policies to provide a pathway out of poverty, new rental assistance and rehousing programs that enabled more than 185,000 children and adults to secure permanent housing, and the first-in-the-nation right to counsel program for tenants in Housing Court.  She first joined the agency in April 2014 as Special Counsel to the Commissioner, and in that role provided a wide range of legal and policy advice to the Commissioner and Senior Staff to promote DSS’s goals of reducing poverty and income inequality and preventing and addressing homelessness.

Prior to working at DSS, Molly served as Assistant Deputy Director of the Human Services Division of the New York City Council, where she oversaw the legislative and policy work of 13 Council committees, including General Welfare, Health, Mental Health, Youth Services, Aging, Education, and Transportation and advised the Speaker, Council Members and staff on legal and policy matters within the Division.  Molly’s first role at the City Council was Legislative Counsel to the General Welfare Committee, which oversees the Administration of Children’s Services, the Department of Homeless Services, and the Human Resources Administration.

Molly previously worked at Lawyers for Children.  She also served as a Law Clerk to the Hon. Loretta A. Preska in the Southern District of New York.