#NASTYWOMEN – A Night of Female Resistance

In partnership with Jewish Plays Project.

Join us for an evening of political comedy led by ferocious female voices: Judy Gold, Gina Yashere, and Maria Shehata. Plus a comedic play by I and J. 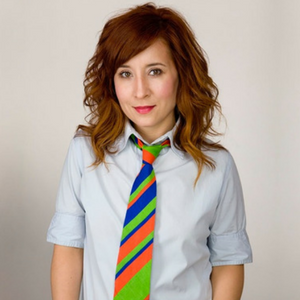 Judy received rave reviews portraying Gremio in The Public Theater’s all female production of The Taming of The Shrew for Shakespeare in the Park. She also co-starred in Off-Broadway’s Clinton! The Musical, and Disasater! The Musical.

Judy recently appeared on The Late Show with Stephen Colbert. She can be seen on the new Showtime series I’m Dying Up Here, and Netflix’s Friends From College, she has recurring roles on Pop TV’s NightCap!, and TBS’s, Search Party. Judy was featured in Woody Allen’s series Crisis In Six Scenes on Amazon, and also appears on the hit web-series The Other F Word, which is featured on Amazon Prime. Judy’s other most recent TV appearances include guest-starring roles on Louie, Broad City, Friends From College, The Unbreakable Kimmy Schmidt, The Jim Gaffigan Show, Inside Amy Schumer, Difficult People, 30 Rock, 2 Broke Girls, Melissa & Joey, The Big C, and She also won two Emmy awards for writing and producing, The Rosie O’Donnell Show. Judy was the host of HBO’s At The Multiplex with Judy Gold, and was an original cast member of Tru TV’s World’s Dumbest.

Judy is the host of the hit podcast Kill Me Now on CBS’ play.it and iTunes.

Judy has made numerous appearances on The Steve Harvey Show, The View, The Today Show, and The Wendy Williams Show. She has written for The New York Times, Huffington Post, CNN.com

Gina was born & raised in London UK, of Nigerian parents, and previously worked as an elevator engineer for Otis.

She broke onto the American comedy scene with her appearances on Last Comic Standing (NBC), where she made it to the final 10, and then never went home!

Gina went on to be named one of the top 10 rising talents in the Hollywood Reporter.

She is also known in the US for being the only British comedian to ever appear on the iconic Def Comedy Jam, as well as for her hilarious appearances on The Tonight Show (NBC), Crashing (HBO), @Midnight on Comedy Central, her two separate 1 hour Stand Up Specials, Laughing To America & Skinny B*tch on The Starz network (US), & Showtime, & now as the British Correspondent on Comedy Central’s The Daily Show with Trevor Noah.

Her 3rd Stand Up Special, Gina Yashere: Ticking Boxes, filmed at the iconic 02 Brixton Academy, London, in front of over 2000 of her fans, was sold to NBC owned, Seeso TV in the US, in 2017, and she has since shot a 4th stand up Special for Netflix, which is currently garnering rave reviews on the network.

Gina has performed numerous times at the prestigious Just For Laughs Comedy Festival in Montreal and Toronto.

Feature films appearances have included Kiss Kiss Bang Bang and Mr. in Between, and she has also appeared on the West-End stage in The Vagina Monologues.

Maria is an American comedian quickly making a name for herself in the UK.

Maria’s been seen on Channel 5’s Greatest Celebrity Wind-Ups…Ever! and heard on BBC’s Breaking the News and BBC Radio 4. Her writing has been published in Modern Love in the New York Times. Maria’s stand up has been featured on Comedy Central’s The Watch List, Showtime’s Bridging the Gap, and Nuvo TV’s Stand Up and Deliver. She was one of six comedians featured in the series The Cradle of Comedy and appeared in the film 100 Jokes.

Maria is winner of Best Comedian at the Hollywood Festival of New Cinema, and Best Comedy at the Miami Web Fest where she was nominated for Best Actress. Maria was also shortlisted as one of the Five Best New Performers at the 2017 Edinburgh Fringe by The 99 Club.

Maria is in the upcoming film Brand New Old Love, Seeso’s Hidden America with Jonah Ray, and the documentary Just Like Us now available on Netflix.

I and J (comedic play)