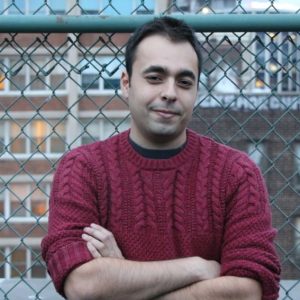 Ophir, 24 was born in London and raised In Jerusalem. During his teenage years he participated in Israeli Palestinian Dialogues in session of peace summer camp, in which he later facilitated.

He served in the military as a correspondent for the military newspaper “Bamahane” and covered the war in Gaza. Following his military period he worked as a youth guide in the Supreme Court of Israel, a dialogue facilitator at YMCA and a journalist for Xnet.

As the Israeli Shaliach in our community, Ophir aspires to create programs and platforms that explore concepts of identity, culture and politics by looking on Israel-the number 1 source of both controversy and affection alike.

He works with all  groups and does everything from Hebrew Classes to political panels, from lunch and learn to big community events